(PARAMUS, NJ) – Bergen Community College Bergen Gallery announces its fall exhibition PULSE: Resonating Earth featuring an installation by Poramit Thantapalit with performances by Art of Motion Dance Theater and music by pianist Carolyn Enger. The exhibition runs from September 22 to December 8, 2022. It was curated by Tim Blunk for Gallery Bergen.

During the fall of 2022, the Bergen Gallery will be transformed into an aquatic installation by Thai the artist Poramit Thantapalit. Its medium is the trash – as in found plastic bottles, plastic bags and other waste that could just as easily have ended up in the Hackensack River, a landfill or the Great Pacific Trash Patch. Instead, Poramit brings these materials to life, shaping luminous organic sculptures that undulate and pulsate from the ceiling and the wall. They do the the viewer forgets their origins in their newly aggregated forms.

There is a genre called eco-art, or ‘trash art’, but it’s something very different. “Jackson Pollock painted with household paint, but he was not a house painter,” says Bergen Gallery director and curator Tim Blunk. “Poramit’s skillful artistic hand and understanding of transforming quantity into quality creates work that transcends its materials.

IMPULSE: resonant earth will be complemented by several performance events, including the opening gala scheduled for September 22 and closing on December 8. Both will understand dance performance pieces by BCC faculty member Lynn Needle and her Art of Motion Dance Carolyn Enger, theater pianist and Steinway. The opening will include excerpts from Needle’s work, The Poseidon Project – An aquatic myth – a suite with live music and dancing, including narrated choreographed sections, each connecting to aquatic myth, legend and nature.

Renowned pianist Carolyn Enger will perform excerpts from its program enriched with video, resonant earth. From the oil spill in the Gulf of Mexico to coal-fired power plants in the Ruhr Valley of Germany, from the glorious heights of the Alaska Ranges to the mountains of potash waste in East Germany, resonant earth was created in response to the climate crisis. With a wide range of ambient music, including Bach, Debussy, Philip Glass, among others alongside stunning environmental footage by the Peabody Award-winning producer Elliott Forrest (WQXR), visual artist Myles Aronowitz and international exhibitions environmental activist and photographer J Henry Fair, resonant earth creates a soundscape emphasizing the beauty of nature, and inspires environmental activism in an artistic, musical immersive way. The program seeks to transport listeners to a quiet, meditative space, allowing to decompress from their daily lives, inviting an introspection on the place of humanity on the planet, and inspiring actions to protect our beautiful, fragile world.

Advertise with New Jersey Stage for $50-$100 per month, click here for more info

The Bergen Gallery is located on the third floor of West Hall on the Paramus (main) campus of Bergen Community College. Gallery hours are Monday through Friday 10:00 a.m. to 5:00 p.m. or by special appointment. School and group visits are welcome. Please contact director Tim Blunk at [email protected]

Art of Motion, Inc. is proud to announce that this program was made possible in part through a grant administered by the Bergen County Parks Department, Division of Culture and History Business from funds granted by the New Jersey State Council on the Arts.

Originally from Thailand, Poramit Thantapalit earned a bachelor’s degree in journalism. He worked as a video and television producer for three years before deciding to continue studies in the United States. He earned his master’s degree in computer graphics in New York Institute of Technology. Over the past ten years, Poramit has produced works in various media including recycled materials, mixed media, photography, cyanotype printing and installation art. His the works have been exhibited widely in New York, Jersey City and abroad. Its installation “Masked Arts,” created during the pandemic, was featured in the New York Times in May 2021.

Lynn Needle/Founder of RYT 500/Artistic Director of Art of Motion, Inc. a non-profit conservatory and home to the Art of Motion Dance Theatre, touring 6 of 7 continents and over 40 United States as a soloist with the Nikolais Dance Theatre. Needle is the recipient of numerous grants, including: an international Andrew W. Mellon Cultural Exchange Fund grant for a teaching residency in Mexico, ACDFA National dance review Choreography Prize, The Harkness Foundation, the Bergen County Division of Cultural and Historical Affairs and the Community Foundation of Northern New Jersey. His work, presented internationally, has been presented at the TEDMED Global Conference at the Kennedy Center, Jacob’s Pillow, Art Festivals, galas, Smithsonian museums, consulates, zoos and sand dunes and recognized by foundations, universities and press including The New York Times, Women’s Wear Daily, Washington Post, WSJ, Daily News, PBS, Dance Magazine, Vanity Fair and Village Voice.

Lynn is a recipient of the Ridgewood Arts Foundation Lifetime Achievement Awards, Dance in the Desert Festival, received the “Physical Theater Award” from UNITED SOLO/NYC and has been featured on PBS, podcasts, and VR movies. A published and environmental author attorney, Needle recently presented and performed at American Education Research Association/AERA Conference in San Diego. A proud recipient of The Coastal Art Project Fellowship for his aquatic myth, “The Poseidon Project” Needle received a grant from NOAA, DEP, CMP, NJSCA and Monmouth Arts for its site-specific immersive live music and dance project which premiered July/August 2021 in Asbury Park and Long Branch, NJ. Needle performed on all terrains and thrives on adapting choreography in challenging spaces. As deputy A modern dance teacher at Bergen Community College, Needle had the honor of the premiere of several of his original works at the Ciccone Theatre. PULSE: Resonating Earth is a collaborative project with the Art of Motion Dance Theatre, artist Steinway, Carolyn Enger and visual artist/sculptor, Poramit Thantapalit, originally from Thailand.

Pianist Carolyn Enger is renowned for her exquisite lyrical playing. Present engaging and unique programs, informed by a strong sense of identity, history and personal connection, she leaves the audience feeling elated. An acclaimed artist, Carolyn’s Naxos recording of music by Ned Rorem, Piano Album Iwas selected by Anthony Tommasini as one of the new “The Best Classical Recordings” from The York Times. A sought-after recitalist with international acclaim route, Carolyn has presented programs at many prestigious venues, including Carnegie Hall, the National Gallery of Art in Washington DC, the New York Public Library for the Performing Arts at Lincoln Center, Felicja Blumental Center in Tel Aviv, Michaeliskirche in Erfurt and the National Gallery in Oslo. Recent highlights include celebrating Leonard Bernstein’s centenary with ArtsRock, performances at the Bach-Festival in Arnstadt, the Portuguese Synagogue in Amsterdam, Synagogue of the White Stork in Wroclaw, Poland, German Consulate in New York, The Sheen Center for Thought & Culture, Rhode Island School of Design, University of Arizona-Tucson, University of Chicago, Jewish Federation of Greater Houston. Carolyn will return to the premiere of Native American composer JJ from Hollingsworth Under the blue dome at Musica Sierra this fall and performing Resonant Earth at the Center for Art + Environment at the Nevada Museum of Art.

Ms. Enger’s performance of her popular American Miniatures program in New York The Performing Arts Public Library is also featured in Frederick Wiseman’s documentary, Ex Libris: The New York Public Librarywhich premiered on PBS in September 2018; excerpts from his recording of music by Arvo Pärt were also among the featured sound works used by Düsseldorf conceptual artist Mischa Kuball in his res.o.nant exhibition at the Jewish Museum in Berlin. She is a Steinway Spirio recording artist.

Previous Reuters Entertainment News Summary | Entertainment
Next Cannibals, a comedy and a cinematic icon in the spotlight of Venice 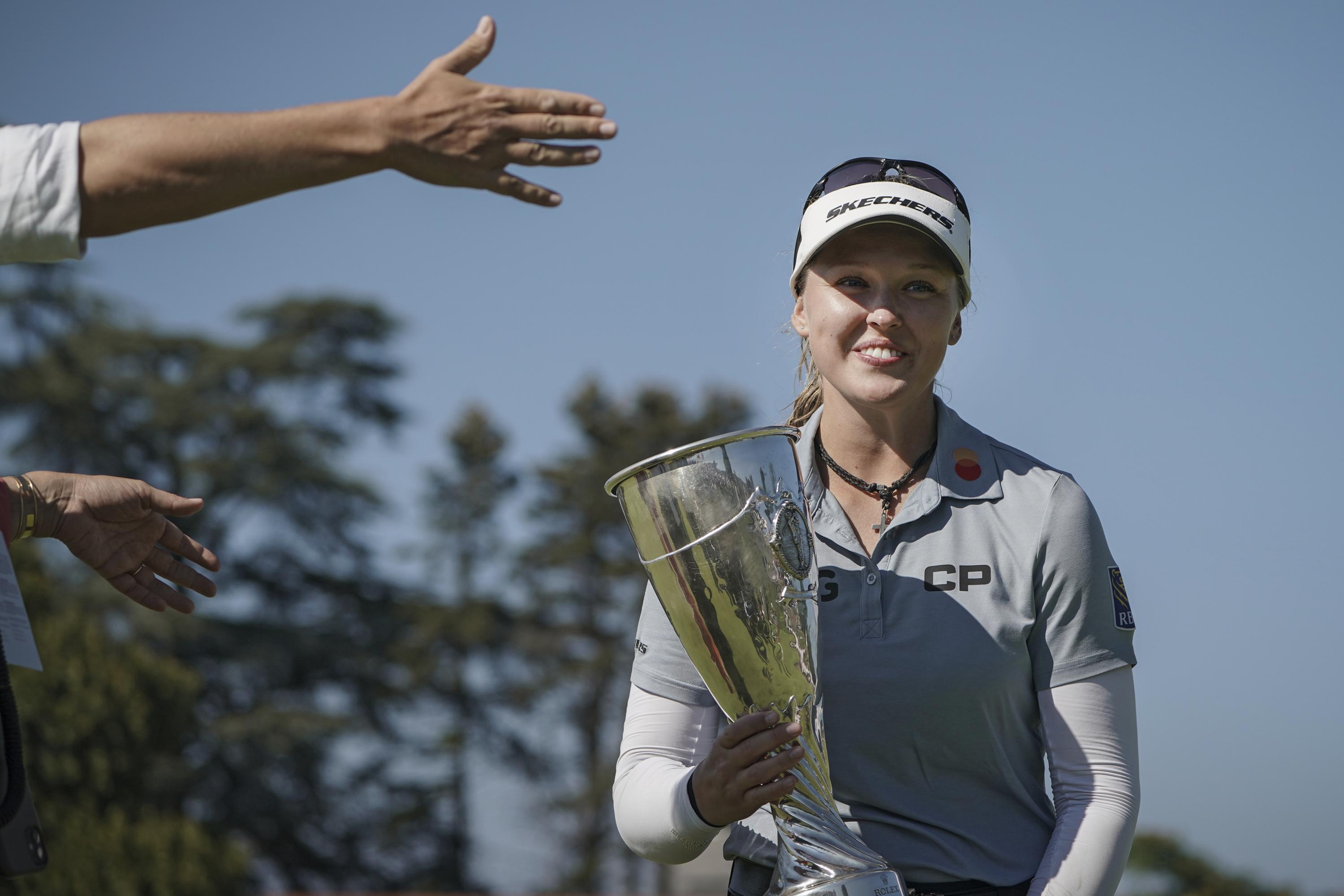