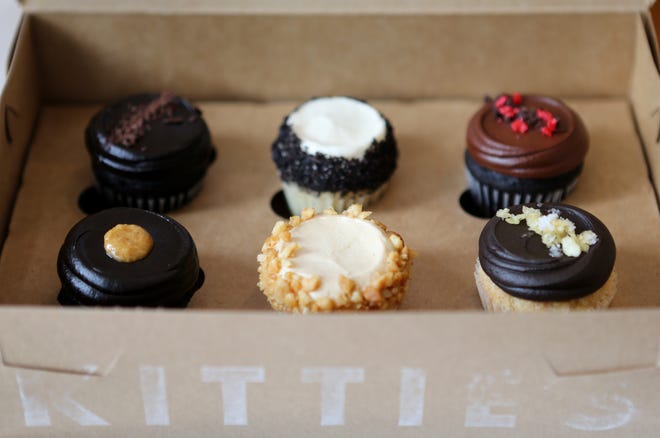 JEURGEN Krauss has become a fan favorite since his debut in the 2021 series of The Great British Bake Off.

From a baby-shaped bun to a huge gingerbread stand-up windmill, he wowed viewers with his culinary prowess.

Jeurgen, 56, has already received the coveted title of ‘star baker’ twice throughout the series, which began last month.

And the pastry star – who was originally born in Germany and raised in the Black Forest – also captivated fans with her home life.

Jeurgen is busy in the kitchen when he is not working as a database administrator, a job he has been doing for 18 years.

He moved to the UK in 2003 with his wife and family – who also made a cameo appearance on the BBC’s cooking show in a recent episode.

Before becoming a database expert, Jeurgen worked as a physicist and often uses his scientific skills alongside his baking knowledge to create top-notch pastries.

He told GBBO he fell into the pastry shop after struggling to find traditional German bread near his home in Brighton.

Jeurgen then prepared many delicious products for his colleagues, who encouraged him to apply for the competition last year.

On his Instagram, the avid baker is often seen baking cakes and cookies in the kitchen, including a wedding cake for a close friend.

The star also has a passion for music and plays the sacqueboute – a type of trombone commonly used during the Renaissance.

This week Jeurgen found himself in the center of a “fixed” row as it was announced that it was “German week”.

Indignant fans accused the Channel 4 show of favoring candidate Jürgen, who moved to the UK in 2003 but is originally from Germany.

In a short teaser, the baker was shown smiling as he tackled German-themed tasks and trained his competitors in the language.

However, some viewers believe Jürgen, who has won Star Baker twice so far, will be unfairly advantaged.

Speaking to Twitter, one of them wrote: “German week? Fix!”

Another ranted: “German Week !! No question of who will be the star baker then. They should all do a vegan week to see how hard it is for Freya.”

A third nodded: “I wonder who will win the German week …”

The Great British Bake Off airs Tuesdays from 8 p.m. on Channel 4.