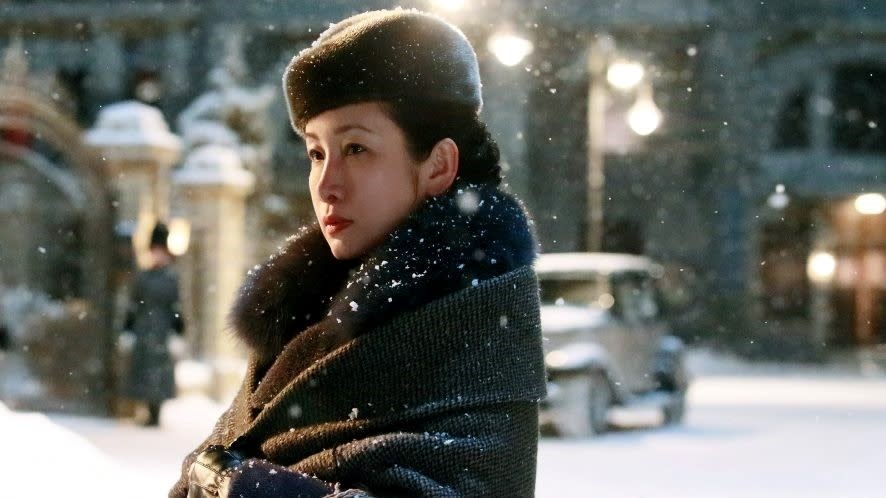 German vendors returning to the Mipcom TV mart in Cannes will pack a wide selection of national and international TV dishes rich in high-end crime and historical series.

“Crime is still the most demanded genre in the market, as well as action,” says Julia Weber, head of international sales and acquisitions at Munich-based Global Screen. “But whatever genre you watch, the driving force is still the story. It has to be compelling and speak to the audience.

Weber adds that more and more historical dramas are also being produced, highlighting “a growing need for series that are rather evasive and that target audiences in the post-containment world.”

Global Screen’s six-part “The Palace” is a prime example, she adds. Produced by Constantin Television for ZDF and directed by Uli Edel, the series centers on Berlin’s famous Friedrichstadt-Palast music hall in the late 1980s and follows twin sisters (both played by Svenja Jung) in search of their roots. “It tackles universal topics such as identity, freedom and the desire to break through exterior and interior walls and this ideal combination is what helps take a series on an international journey,” Weber explains.

In “Westwall”, produced by Gaumont Germany for ZDF, a young policewoman (Emma Bading) finds herself embroiled in a far-right plot after falling in love with a secret young man (Jannik Schümann).

While some players still follow established programming patterns, that is changing quickly, especially when it comes to the length of the playoffs, she adds. “In recent years we have seen the market open up and there is now enormous flexibility in terms of programming hours and content. Anything goes as long as it suits the story being told.

Indeed, Alejandro Amenabar’s factual adventure series, “La Fortuna”, is Beta Film’s main muscle line from Mipcom. Produced by AMC and Movistar Plus, the series stars Stanley Tucci as a deep-sea treasure hunter who fights to keep his loot recently recovered from Spanish authorities.
The six-part “Sisi” (photo), which takes place out of competition at the Canneseries, tells the story of the 19th century Bavarian princess who became Empress of Austria. Produced by Story House Pictures, “Sisi” will premiere on RTL’s TVNow streaming platform at the end of the year.

Also in Beta’s catalog is the historic “Hotel Portofino” series from London-based Eagle Eye Drama. Set on the Italian Riviera in the 1920s, the series stars Natascha McElhone as the daughter of a wealthy industrialist who moves to Italy to set up a quintessentially British hotel in the beautiful town of Portofino.

From children’s dramas and fares to nature and science documentaries, ZDF Enterprises has a complete package. Highlights include international titles such as “The Window” which explores the complex world of professional football. The 10-part series was created by screenwriter James Payne and produced by Berlin-based Boogie Entertainment and ZDF Enterprises.

ZDF has teamed up with Stockholm-based BR • F and Swedish broadcasters TV4 and C More on “Agatha Christie’s Hjerson”, a playful and modern thriller based on fictional detective Sven Hjerson, created by Christie’s fictional writer Ariadne Oliver and also managed by the pubcaster sales division. The series centers on the famous criminal profiler and a trash TV producer looking to create a real crime show around him.

Also in the lineup of ZDF Enterprises is the six-part Channel 4 crime thriller “Before We Die”, an adaptation of the Swedish black series produced by Eagle Eye Drama about a police detective who discovers that his estranged son is an informant. infiltrated a brutal murder. investigation.

Previous A look at his love affair with his wife Jaya
Next What to Watch Today: 5 Best Shows & Movies on Sony LIV, Netflix, and Apple TV + | GQ India